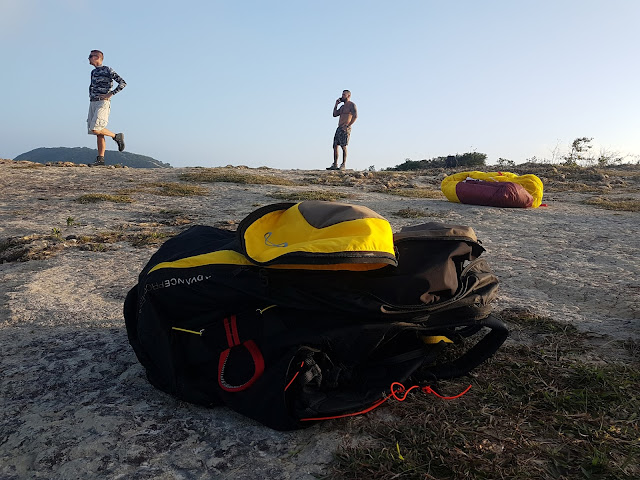 Back in the air

Advance have done a fantastic job repairing the collision damage on my harness. It's been back for about three weeks now, but the weekend weather has been getting in the way of flight ops. That changed Friday.

Fear of the untested 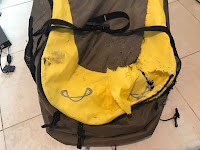 When your paragliding harness - the one thing keeping you from a 100 meter freefall into the earth - comes back from repairs after an episode of near destruction, there's a fair bit of fear in trusting it to keep you aloft. I can't fault Advance's repair at all. What was once broken now looks brand new. But the fact is that it had been hit by a car and hasn't been proven in the air since. Add to that, it's been three months since I last flew. There was actually a bit of relief walking down a couple of weeks back as weather closed down the launch site.

Weak conditions with a bit of a southerly bias had Hau take off first, make a run for the rear (northern) ridge, but quickly sank out. Agost launched and tried to find nearer sources of lift... and sank out.

I brought the wing up, asked Steve for a buddy-check who managed to draw it out into a how-long-can-you-ground-handle-the-wing, and after a minute and a half the boredom of kiting overcame the fear. Launch.

A pretty quick sink out. Tiny patches of lift, the only ones for the day, but nothing sustaining.

With conditions becoming even quieter, soaring was out for the day. Steve had himself, AAA, and me set up for a group launch and formation flight sledder. The resulting video (which I hope to get to youtube if AAA shares the hi-res cut) is pretty damn awesome. I had accidentally flipped my cam to 1 second timelapse so my footage is a writeoff. 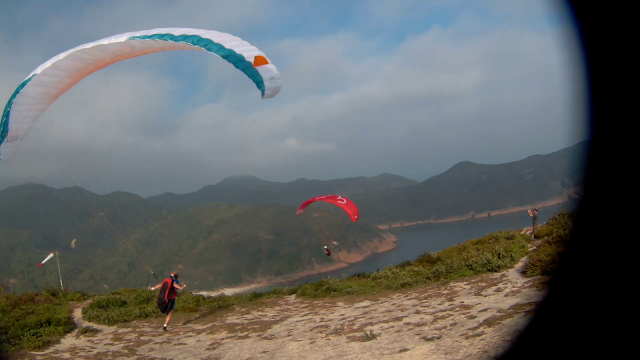 Mavic 2 CPL filters do fit on the Hawkeye Firefly 6q, but they look terrible and do a crazy bad crop.

Another sled, but this time without the takeoff stress. I think third flight of the day is where accidents start to become a thing- after a couple of good takeoffs and landings, complacency sets in. But it did feel real good to be back in the air even for the third 3 minute sledder of the day.

Afterwards, I got to chill out on the beach, watch David do his second flight ever, then pack up, and make it back to the bongo just before nightfall.