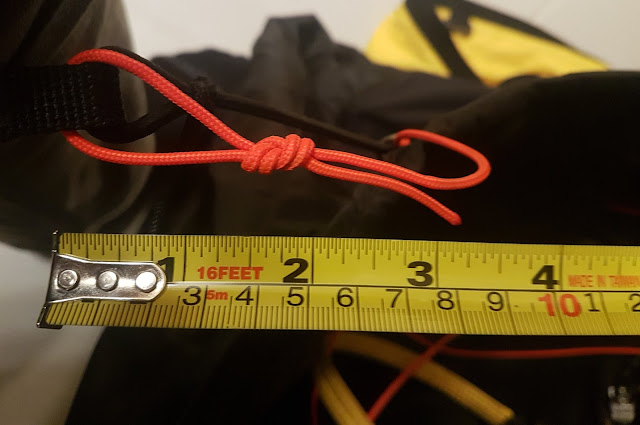 The speedbar on my harness was removed when the harness went back to Switzerland for repair after the accident. The first attempt to retie it resulted in the holdback elastic coming loose after a bit of use, and the tie-off never looked all that tidy.

I'd gotten this slightly wrong. It doesn't really matter, but the Progress 2 manual does show it in a specific layout. The speed line comes around the back of each pulley, which is simple enough, but on one side I had the speed line coming through the correct cutout and not on the other side. Additionally, on both sides I had the holdback elastic route through the D-loop in the opposite direction to the control cord. 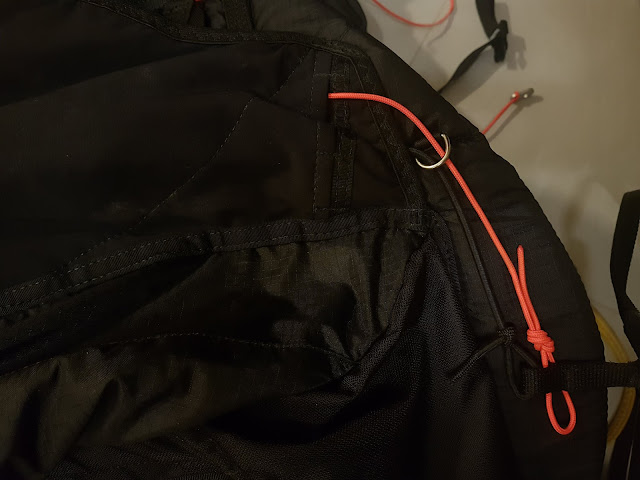 One of my original elastic knots had pulled undone under relatively light force, so I needed to re-evaluate how the tie off was done.

I ended up choosing a figure 8 for the speed line, and a perfection loop for the holdback elastic. 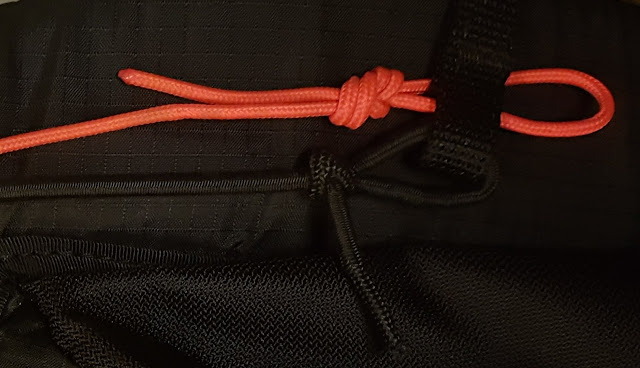 For anyone who climbs a little, the figure 8 is a familiar thing to trust your life on. It seems like the lesser popular option on google for speedbar tie-off, but it works well and looks elegant.
The trick is to tie the knot loosely in the same place on each side a few inches down frown from the end on each line. Then run the loose end of the line through the speedbar retaining loop, then retrace the knot with the loose end.

Elastic is hard to knot in a secure way. A fig-8 would probably work, but near impossible to tie in the short length available. The perfection loop is what many people tie off bungee cord (not the jumping ones) with because it doesn't slip when pulled from either direction.